You are here: Home / Education / Achievements & Awards / Faculty of Mathematics

Invented by the Muslim mathematician al-Khwarizmi (820 AD), algebra is held in high esteem as one of the major components of traditional and contemporary mathematics. Tauheedul has a vision through which it can help develop the next generation of similar mathematicians.

The Labana of Cordoba Award in Mathematics 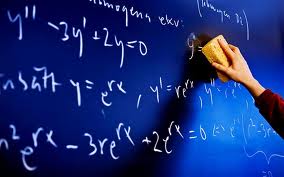 Labana of Cordoba was a female Muslim mathematician from Spain who lived during the 10th century. As a mathematician, she could solve some of the most complex geometric and algebraic problems that were known at the time. She was also very well educated in science and literature. These skills allowed her to gain the position of being employed as the private secretary of the Umayyad Caliph of Spain, Al Hakam II.

Our virtual Open Evening will take place at 4.30pm on Thursday 1st October.